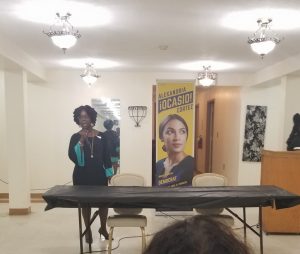 JFAC was one among many groups invited to share their concerns with and ask questions of Alexandria Ocasio-Cortez (AOC). This meeting was part of an ambition by AOC and Senator Saunders to bring groups from across Queens together to coordinate and implement a progressive, grassroots agenda for our neighbors and borough. This was only the first of many meetings to come, and was a an amazing opportunity for JFAC to meet other groups and interface with public officials to fight for a better Queens and NYC!

Alexandria is a 29-year-old Bronx native vying to be Congresswoman in NY’s 14th Congressional District (including north central Queens and eastern Bronx*). Her mother immigrated from Puerto Rico; her father was born and raised in the South Bronx. Her platform is closely tied to her working class background and seems rooted in the phrase – “We should all have bread before anyone has cake.” She is pushing for medicare for all, fully-funded public schools and universities, universal jobs guarantee, housing as a human right, justice-system reform, immigration reform, a new green-deal to combat climate change, campaign-finance reform, and more. 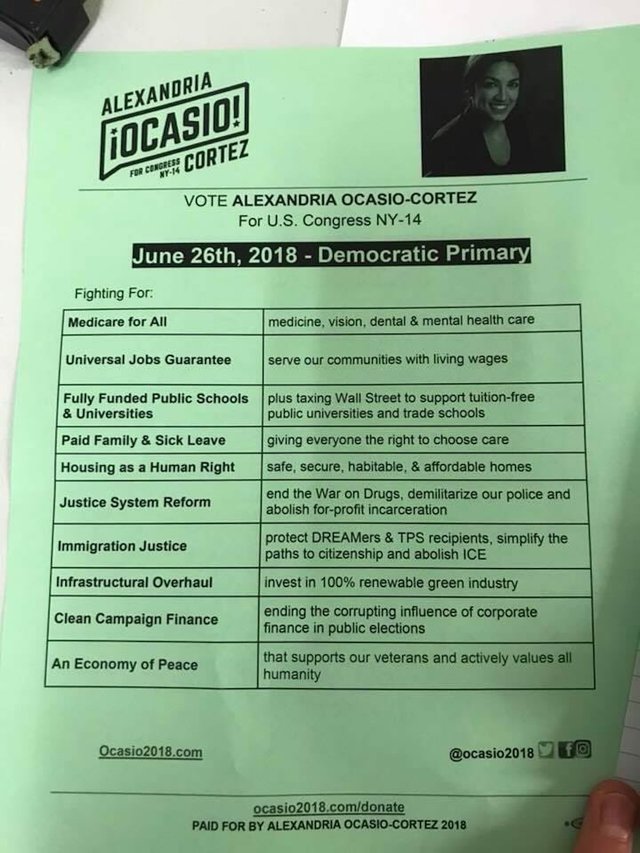 In her talk, AOC touched on a lot of issues and share many of her perspectives. Here are a few notes from the talk:

Overview of her goals and approach to being an elected: 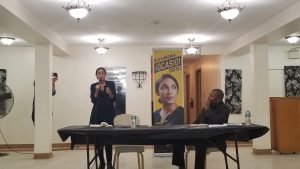 AOC shares her thoughts about the current broken system and ways of working towards a more just system for all together.

On the role of community organizing:

Text in Media Release:  Residents Unite for Truth Commission on RAD/PACT and Privatization What: A panel of residents living in buildings that have converted to RAD or privatized through other means, or are in process, Read more…