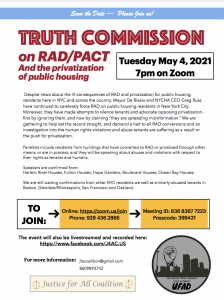 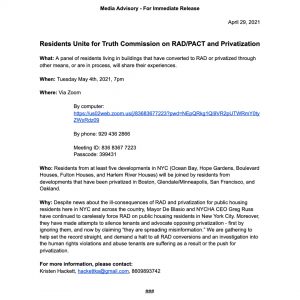 Residents Unite for Truth Commission on RAD/PACT and Privatization

What: A panel of residents living in buildings that have converted to RAD or privatized through other means, or are in process, will share their experiences.

Who: Residents from at least five developments in NYC (Ocean Bay, Hope Gardens, Boulevard Houses, Fulton Houses, and Harlem River Houses) will be joined by residents from developments that have been privatized in Boston, Glendale/Minneapolis, San Francisco, and Oakland.

Why: Despite news about the ill-consequences of RAD and privatization for public housing residents here in NYC and across the country, Mayor De Blasio and NYCHA CEO Greg Russ have continued to carelessly force RAD on public housing residents in New York City. Moreover, they have made attempts to silence tenants and advocate opposing privatization – first by ignoring them, and now by claiming “they are spreading misinformation.” We are gathering to help set the record straight, and demand a halt to all RAD conversions and an investigation into the human rights violations and abuse tenants are suffering as a result or the push for privatization.

Letter from Advocates for Justice to Chairperson Russ on behalf of the Harlem River Houses residents: 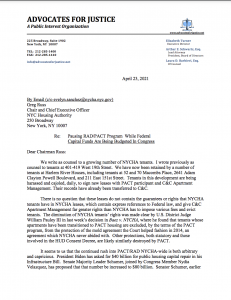 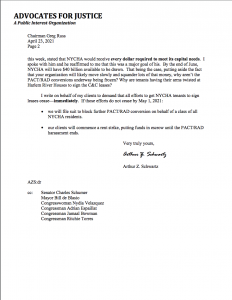 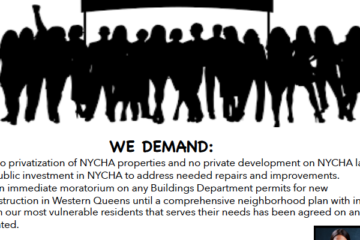